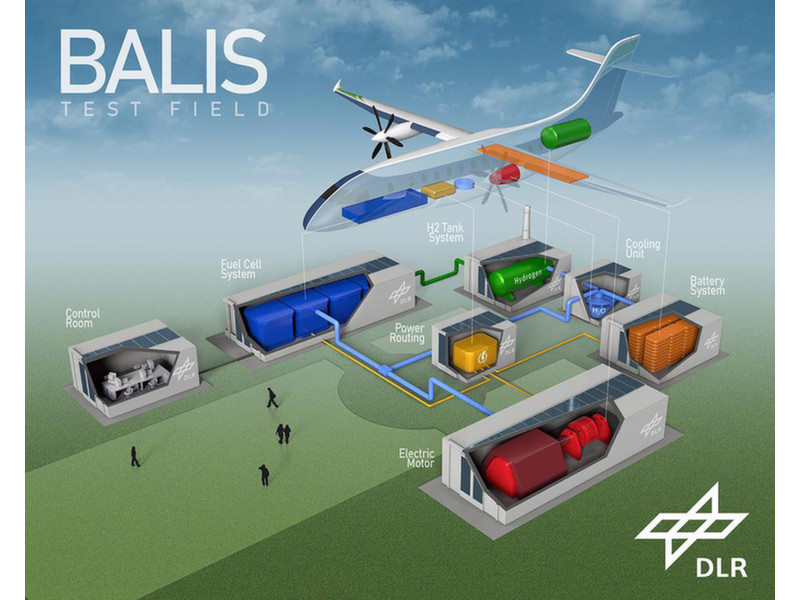 Hot on the heels of the fuel cell-powered motor glider HY4, which was awarded a test flight permit in late 2020 (see cover story in H2-international, February 2021), another venture was given the green light at the beginning of this year. As part of the follow-up BALIS project, whose approval arrived in just six weeks, the four-seater HY4 aircraft is set to become a 40-seater. On Jan. 21, Steffen Bilger, parliamentary state secretary at the German transportation ministry, handed over EUR 26 million in funding to Josef Kallo from the German aerospace center DLR.

Kallo told H2-international that the aim is to develop and trial a fuel cell powertrain with two 750-kilowatt modules. In order to subsequently build regional aircraft with 40 to 60 seats and a range of 620 miles (1,000 kilometers), the DLR plans to set up an appropriate testing facility. “There is a barrier at 1.5 megawatts when it comes to the architecture and performance of today’s components in fuel cell systems. We want to go beyond this threshold while at the same time combining as few high-powered fuel cell stacks as possible,” explained the pilot.